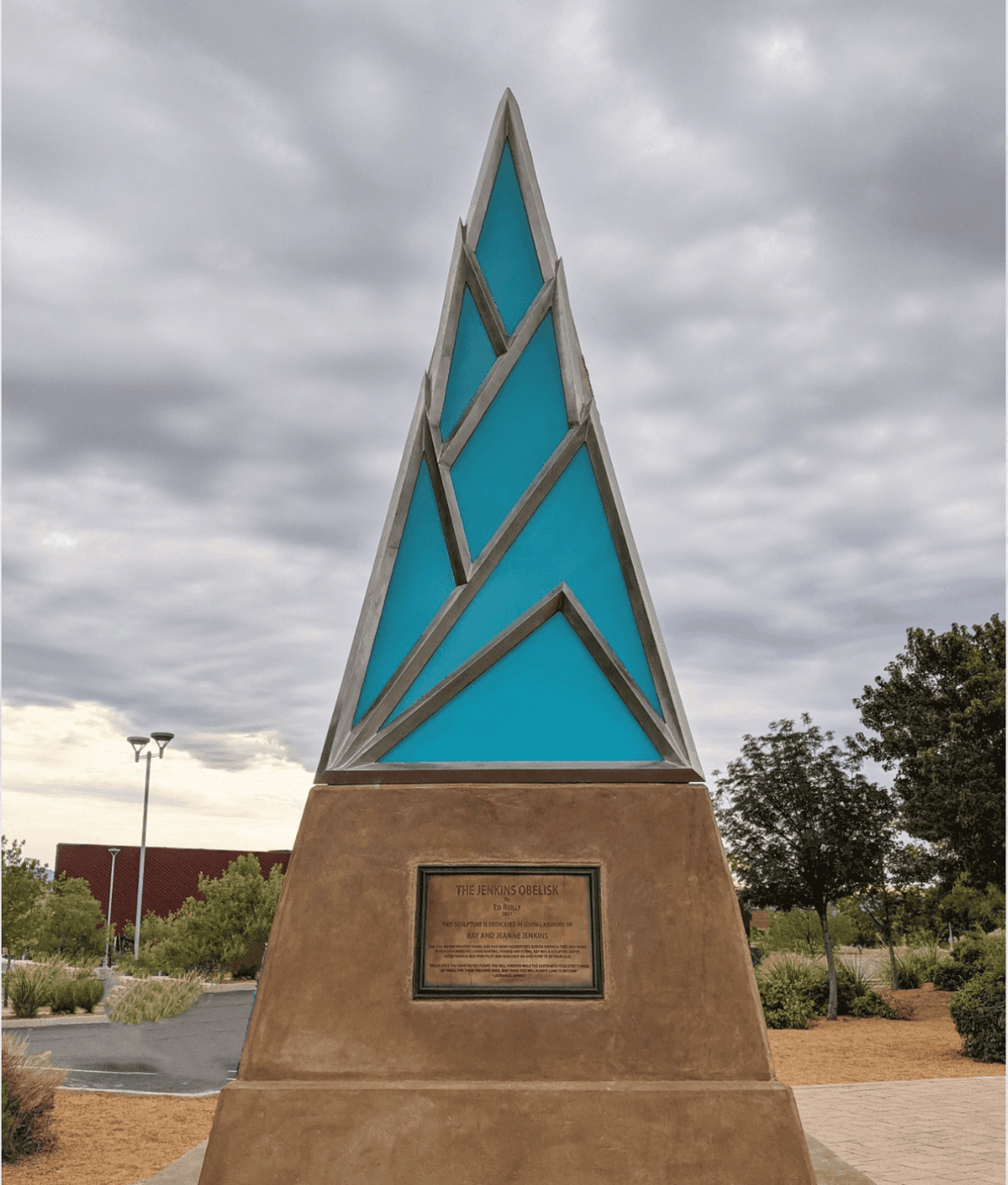 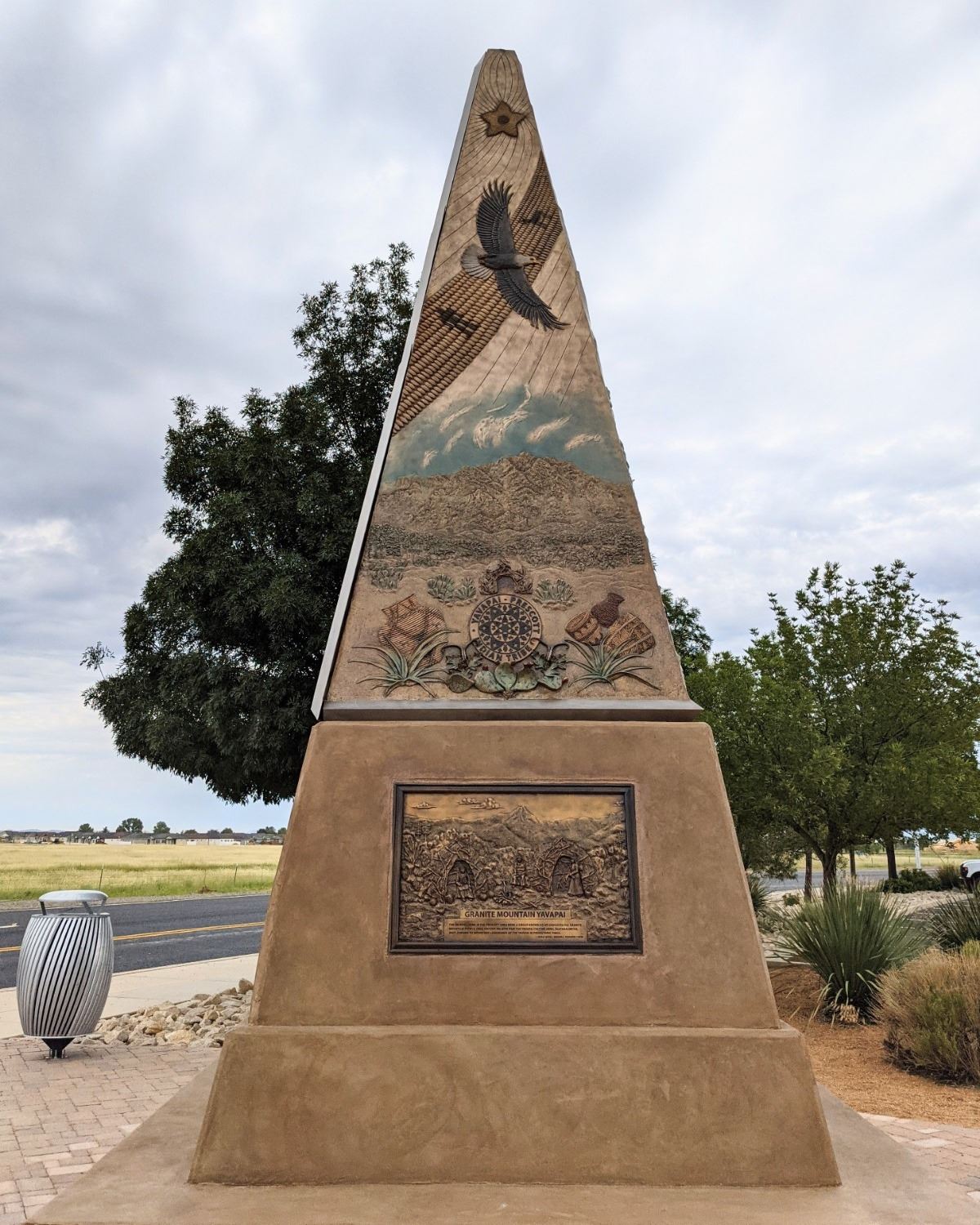 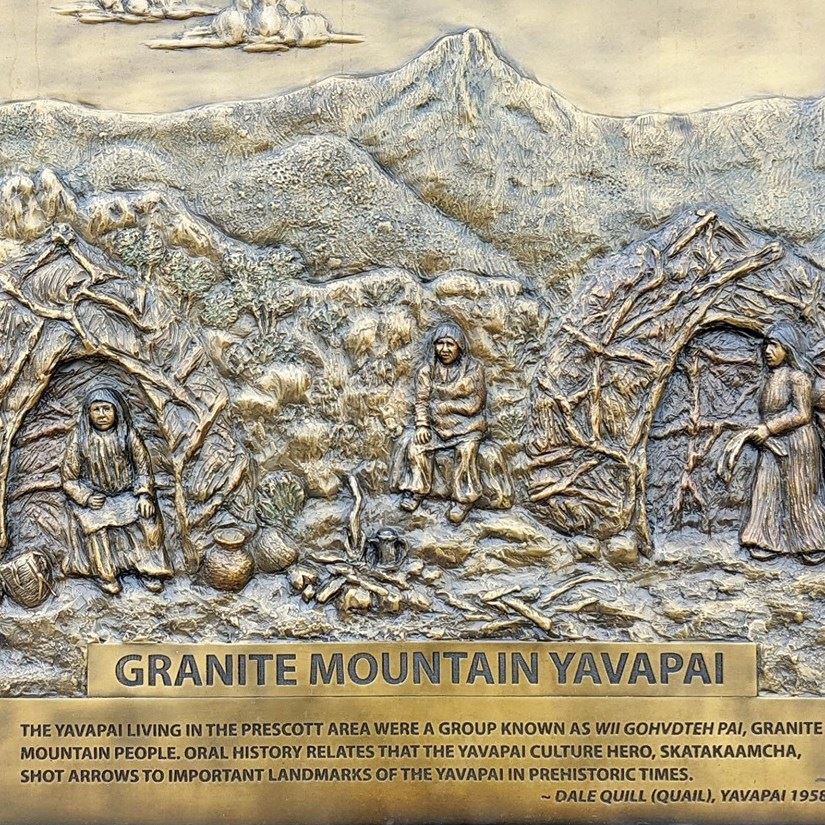 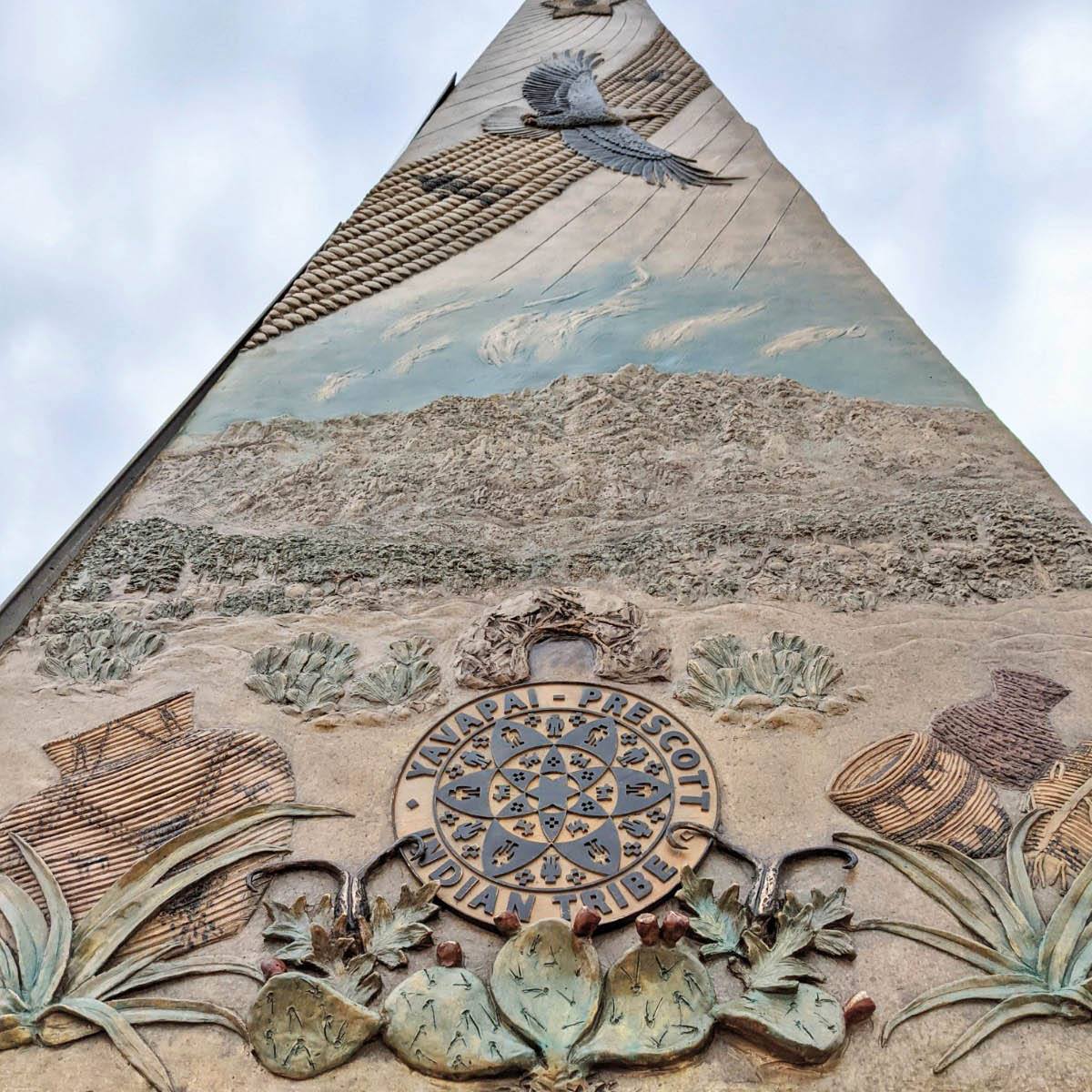 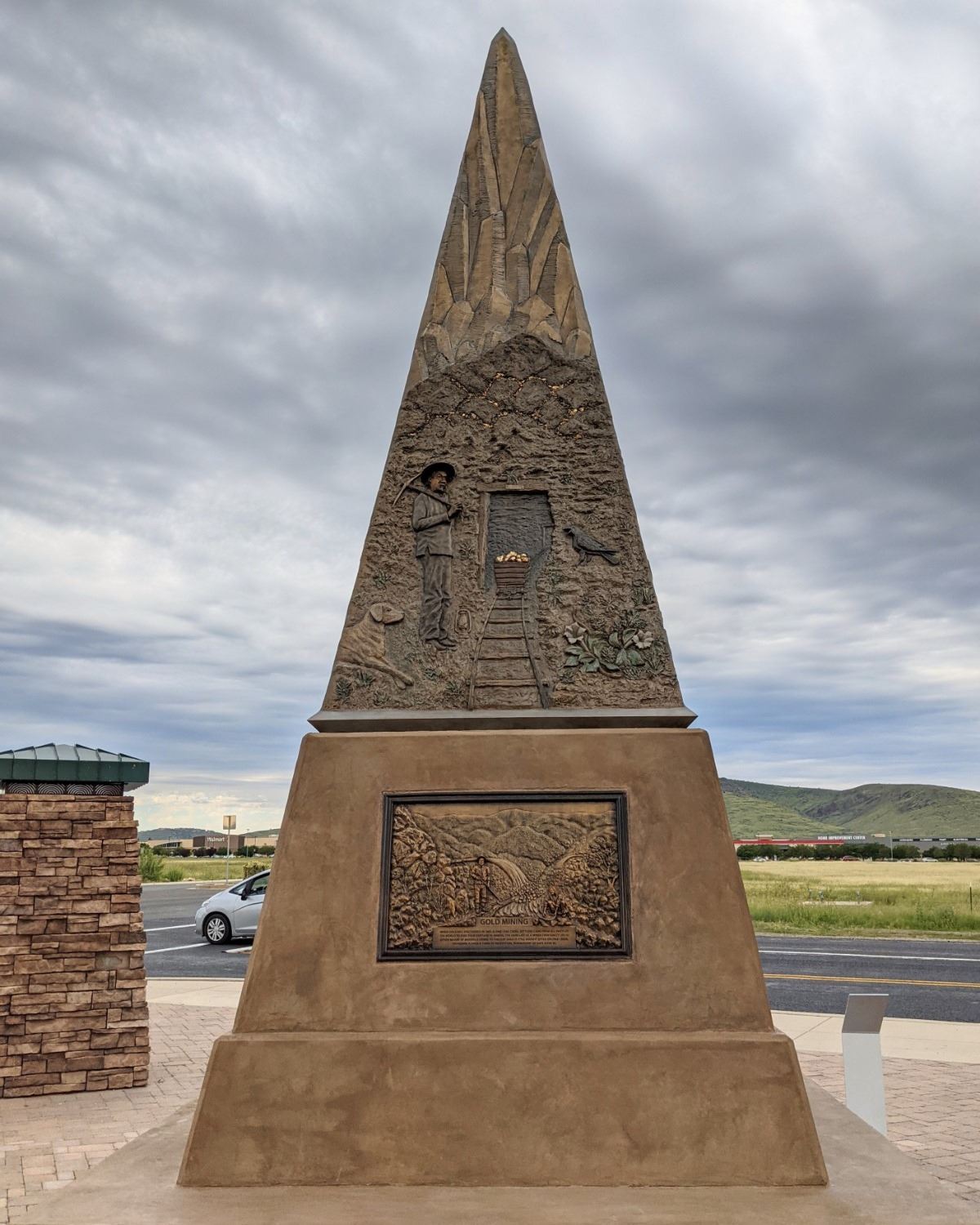 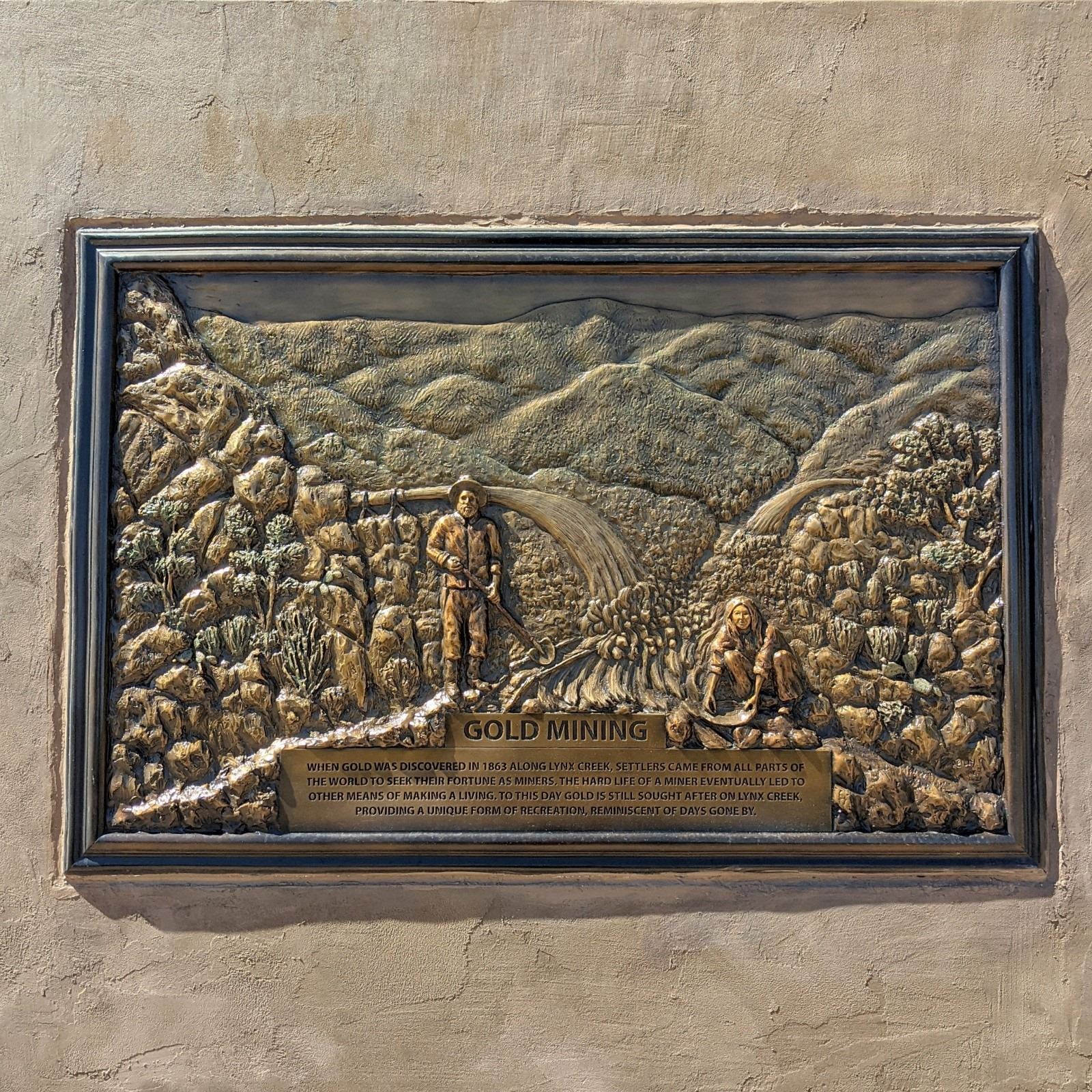 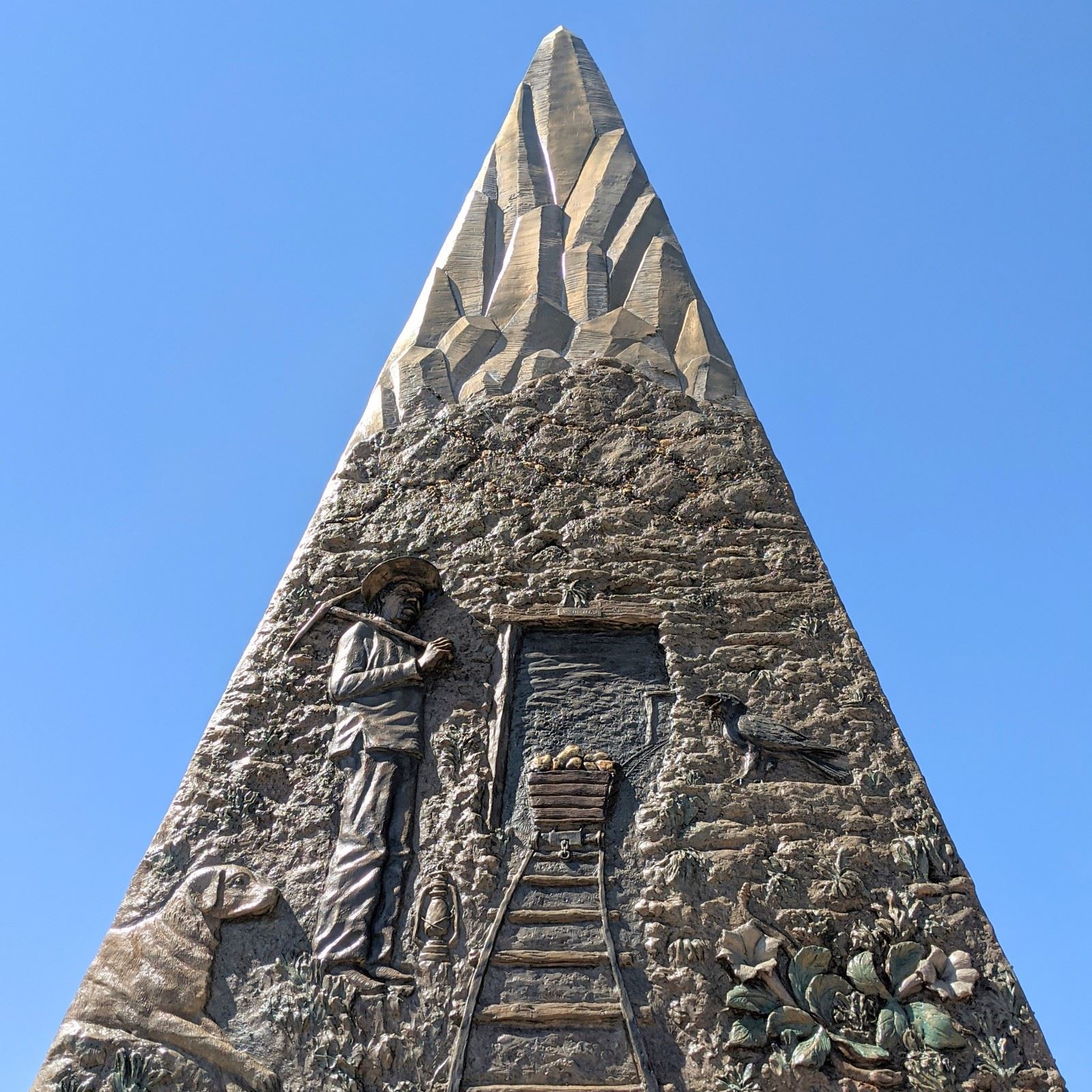 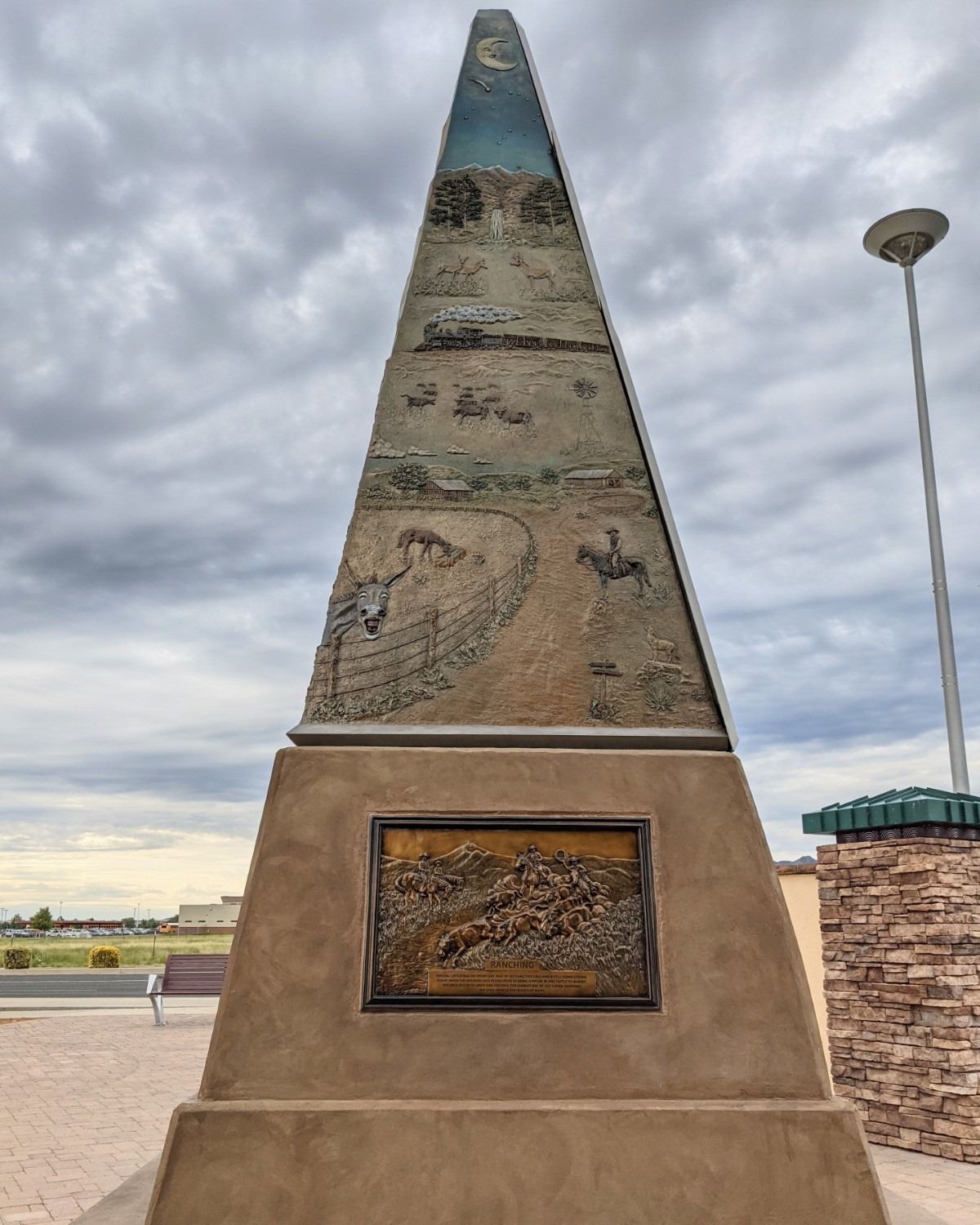 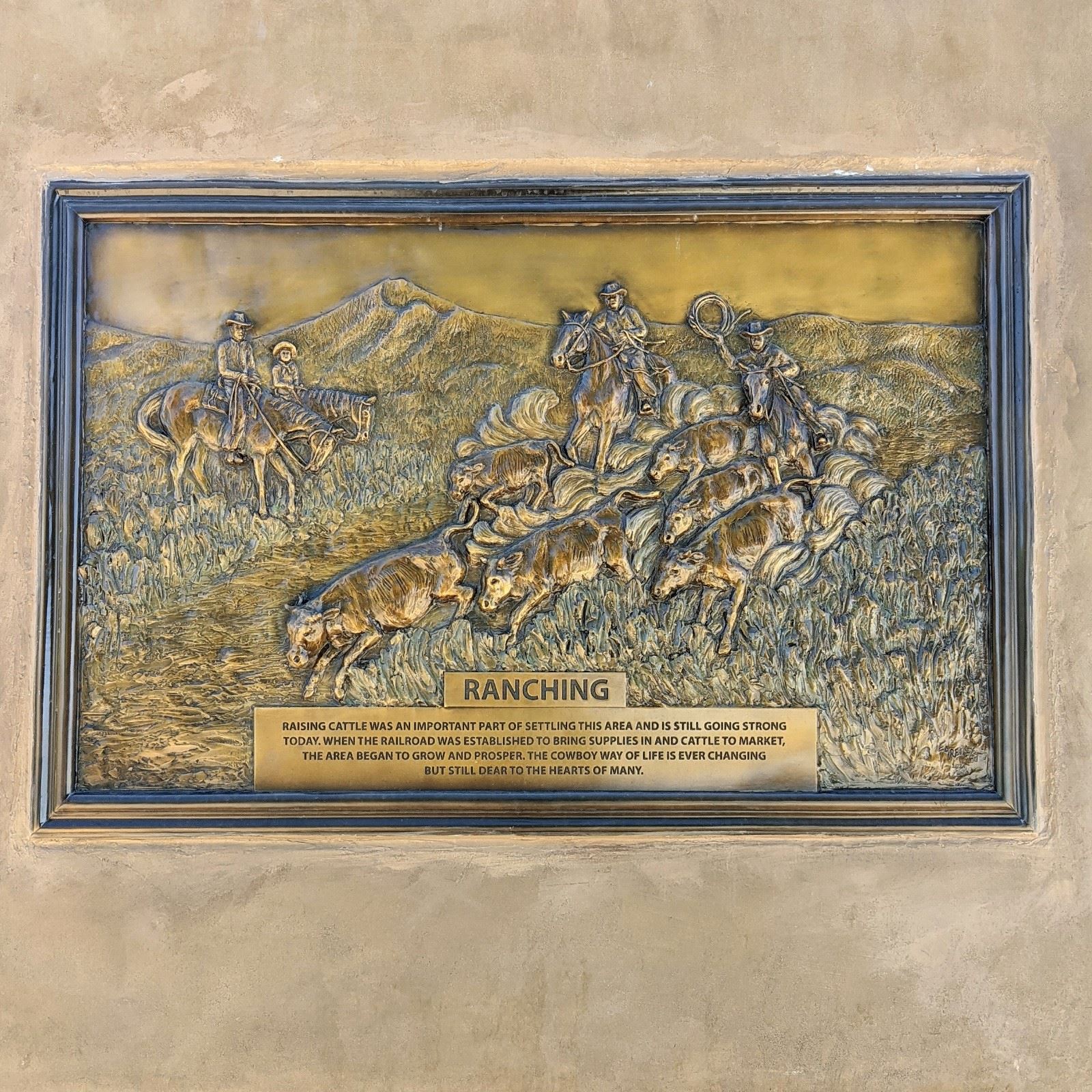 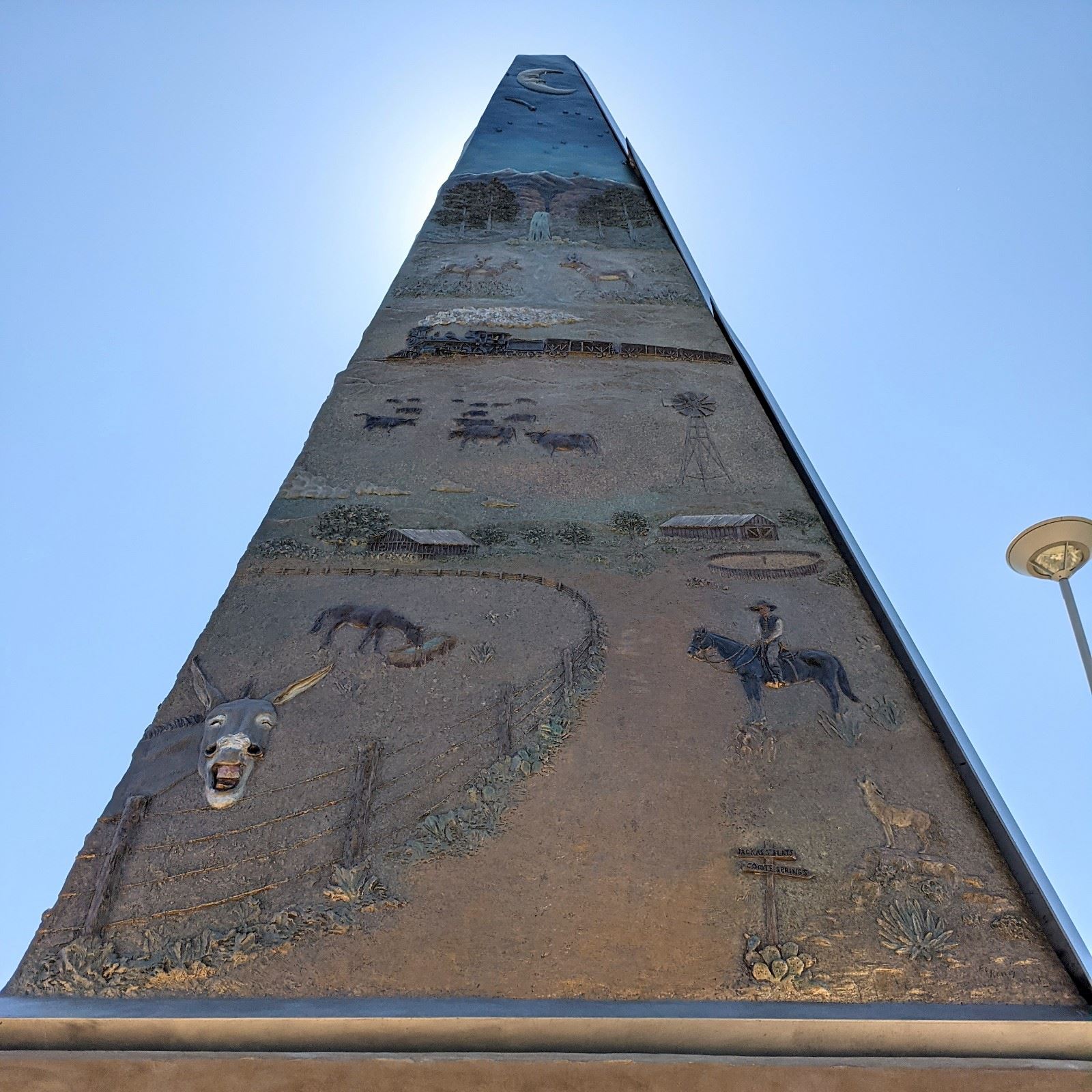 In 2015 the Arts and Culture Commission was asked by the town to put out a call to artists to create a bronze sculpture that represented Prescott Valley, its heritage, its location and its future. It was to be the third of four monumental bronze sculptures placed along Lake Shore Drive in front of the Civic Center. Despite receiving nationwide submissions, not one met the criteria. Two days after the submission deadline, we received a set of drawings that were precisely what was requested but too late. The artist was asked to shelve the project, with the hope that someday it would be revived. And it was. A few years later, Town Manager, Larry Tarkowski, asked that the project be revived using the previous late submission from Ed Reilly of The Bronzesmith here in Prescott Valley.  The gift in memory of Raymond and Jeanne Jenkins brought a long-held dream to reality in 2021.

The overall theme for this magnificent bronze sculpture, the Jenkins Obelisk, is the history of the Prescott Valley area. This sculpture took on the form of a bas- relief obelisk because there was a lot of territory to cover in a small space. Bas- relief sculpture or low relief sculpture has been telling a story of civilization since reported time began. The obelisk itself is an ancient symbol gathering aspiration of human spirit.

The modern design symbolizes the future. It is made of stainless steel and plexiglass and will light up from dusk until dawn pointing the way up to the sky and marking the town center.

The Granite Mountain Yavapai side celebrates the rich cultural history of the area's first inhabitants. The star symbol is prominent in the Yavapai baskets and tells the story of their origins. The cutaway section of the basketry with the man and pronghorn are part of the creation story. The eagle represents strength, wisdom, and courage. The middle section shows Granite Mountain, sacred to the Yavapai, while the bottom displays their tribal logo and baskets of various designs.

The gold mining side shows the first gold mine on Lynx Creek known as the “Accidental Mine.” The old miner is hauling out gold ore from the tunnel with his faithful dog by his side while a curious Raven announces the payload. The quartz crystals and gold laced mountains are a fantasy to any gold miner

The last panel dedicated to ranching shows what might be called the idyllic green ranch. Coincidentally we are currently experiencing what is called a green ranch in the Prescott Valley area. In the foreground there's a laughing jackass and coyote welcoming all who care to enter. Incidentally, Prescott valley was formally known as Jackass Flats. Tom Mix, a well-known silent movie actor who owned a ranch in this area, is also welcoming new arrivals. The railroad brought supplies in and cattle to market. The pastoral scene of the horses and cattle's grazing is crowned by the natural beauty seen in our vistas.