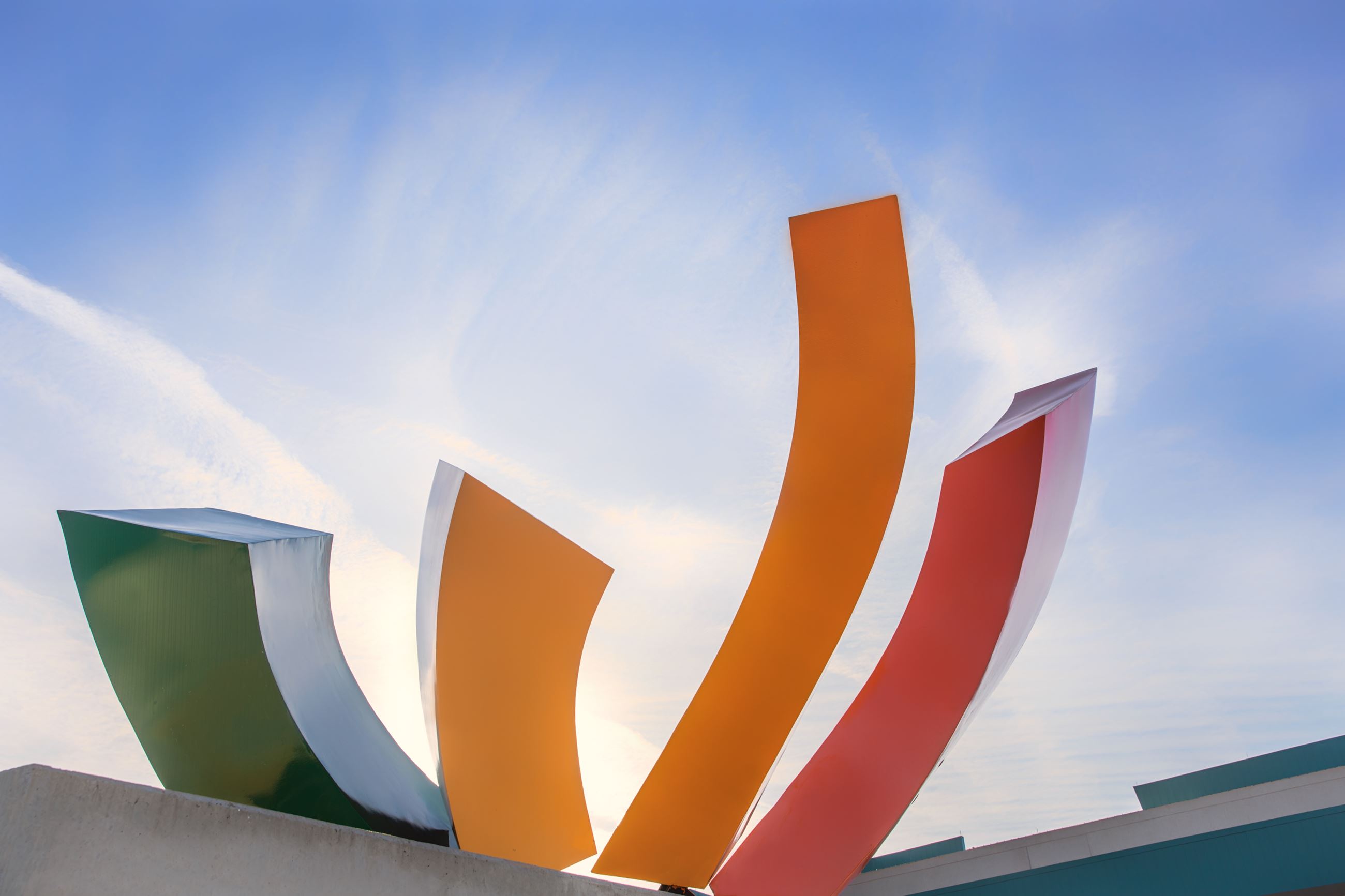 The very first sculpture acquired by the Town of Prescott Valley for our Art at the Center collection, “Limitless” by Michael Tierney, sits in a prominent location outside the Civic Center. Originally, this piece was installed along Highway 69, but was moved to this location when the Civic Center was built. Now, viewers are able to walk up to and engage with the sculpture and experience it’s scale.

Whether to inspire awe or to push the technical limits of their medium, sculptors have long worked on a larger-than-life, even monumental scale. Iconic examples can be found all over the ancient world: human-headed winged lions from the 9th century B.C. in Assyria, the pediment sculpture at the Parthenon in Athens from the 5th century B.C. and the now-fragmented monumental statue of Roman Emperor Constantine from the 4th century A.D. Over the course of the last century, the diverse range of large-scale sculpture includes massive abstract forms by Henry Moore, Tony Smith and Richard Serra, and monumental versions of everyday objects by Claes Oldenburg and Jeff Koons.

With this piece, artist Michael Tierney seeks to explore monumental scale by drawing the viewer’s eyes skyward. With that upward motion, and the dynamic colors used in the piece, the viewer is uplifted and filled with a sense of hope.